Zoo Miami recently announced that “Hope,” the koala, was found dead by zoo staff. The staff had been making regular checks on him following several days of lethargy and lack of appetite.

Over the past year, Hope had demonstrated some recurring issues with his gastro-intestinal system that the Animal Health Department was monitoring and treating. These issues are not uncommon in koalas and Hope did show some positive improvement with the treatments he was given.

However,the week prior to his passing, his health seemed to decline rapidly. In order to better determine the cause of this decline, zoo veterinarians immobilized him to be able to do a thorough examination that included X-rays, blood collection, and various cultures. The initial examinations did not reveal anything obvious that would explain the decline but it was hoped that test results would be able to better illuminate any underlying issues not immediately visible.

Sadly, Hope died before staff members were able to receive and evaluate the results of those tests. A thorough necropsy was performed hopefully to explain this devastating loss.

When Hope was born on May 30, 2019, he was only the third koala born in the zoo’s history and the first to be born at the zoo in over 28 years. His birth brought international attention and joy from around the world. He received his name because shortly after his birth, Australia was suffering from catastrophic fires and many felt that his birth was a symbol of “hope” that things would get better. Zoo Miami sent thousands of dollars in Hope’s name to Australia to support the wildlife rescue efforts taking place in the midst of those fires.

Hope’s 5-year-old mother, “Rinny,” and 10-year-old father, “Milo,” continue to live at Zoo Miami and appear to be doing well. 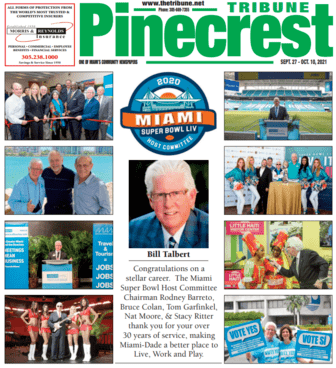