She’s a member of Students Demand Action and has organized a benefit concert called Life Over Bullets with the organization to raise awareness about gun violence.

“It was mostly started because of Parkland,” she says.

The proceeds from the Pinecrest Gardens concert were donated to the RJT Foundation – a non-profit that helps families affected by gun violence – and Guitars Over Guns.

The concert featured mostly teenaged artists and local bands from around Miami. She and her friends spent much of last summer organizing the event.

She’s also working on a series of benefit concerts called Applause for Paws, and the donations go to Paws4You.

“We had our first concert in April,” she says. “We are working on our second and third and working up for a big concert in the fall. We want it to be an adoption event. So, people can listen to music, get food, adopt a pet.”

“Working in the oncology unit, you have a better appreciation for life,” she says.

When she goes, she tries to bring some joy and happiness.

“I’ve used art a lot to help the kids normalize their experiences there,” she says. “We’re doing a lot of painting, drawing and coloring.”

She uses the art cart that has all the supplies right there with canvases and rocks they can paint.

She began volunteering because she loves children and she’s interested in the medical field.

“I thought I’d get good exposure to the jobs available,” she says.

Her time at the hospital has helped solidify her intention of going into the medical field. However, it has opened her eyes to other medical field jobs such as music therapist, child life specialist and nutritionist.

At Palmetto, Veguilla is a member of eight clubs and honor societies. She’s been in Thespians since freshman year and serves as publicity head. She was part of the group that took the Drowsy Chaperone to the Florida State Thespian Festival. As the Head of Publicity, she designed the posters, tickets and handled publicity for the show.

“It’s a bit insane. I have to do that for every show but most of them are on a smaller scale,” she says.

Palmetto Thespians has competed in the Broadway Stars of the Future Awards winning three categories out of ten nominations. They won for Best Musical Director, Best Costume Design and Best Set Design.

She is vying for a Posse Scholarship and has been nominated for the Morehead-Cain Scholarship for the University of North Carolina at Chapel Hill. 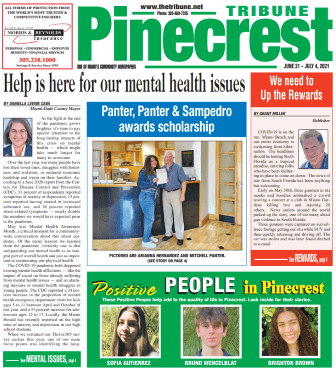