At a recent gathering of fellow doctors and scientists involved in stem cell research and clinical application, Dr. Ramon Castellanos shared what he sees as a “real game changer” for older adults seeking faster and longer-lasting pain relief.

During his recent keynote address at the 4th International Stem Cell Congress & Expo in Paris, he presented on the use of particulate grow factors from stem cell derived from placenta and umbilical cord in knee osteoarthritis.

Dr. Castellanos explained the good news that this approach is more effective in individuals older than 50 than using their own stem cells, either of bone marrow or derived from fat tissue.

Over a period of 10 years, Dr. Castellanos reported he observed that this population of aging individuals was not responding as well as his younger patients to the conventional approach at managing pain in joints affected by arthritis and other conditions such as herniated, ruptured discs.

“Over time, we noticed than younger individuals had much better response autologous stem cell injections than those older than 50 years,” he said.

Upon further investigation, Dr. Castellanos noted that stem cell begins to get scarce and less active when people turn 50 – which explains why most of his colleagues were often refraining from offering stem cell therapy in patients over 70.

As a result, since 2015, Dr. Castellanos has been focused on finding and utilizing alternatives to replace the aging stem cells in those individuals older than 50. “When we started using stem cells derived from placenta and umbilical cords, the response was significantly better.”

Over the next four years, Dr. Castellanos tried different combinations of stem cells derived from placenta and umbilical cord – and with spectacular results. He found that pain exhibited among his patients went away faster, and the relief lasted longer. And the best part was that he no longer had to invade the individual to collect their stem cells.

This new revolution inside the revolutionary concept, however, needed to be proven.

They all agreed to be injected with the grow factors from placenta and umbilical cord, and then were followed closely at monthly intervals over one year.

“All but one had significant improvement – and they were able to resume such simple activities as going up and down stairs,” he reported. After one year, the 19 individuals reported their pain was still under control.

As a result of his findings, this new and impactful approach caught the attention of the international community.

“Despite the honor and relevance of being invited to present at the Paris conference,” he says, “the most important thing is being able to help people living in pain.”

“By finding this solution for aging cells, we have achieved a real revolution inside a revolutionary concept in medicine that allows for the use of stem cell to improve orthopedic conditions in joints and spine, instead of medication and surgery,” he concluded.

For information, contact Dr. Castellanos at 305-250-2355. For a second opinion without an in-office visit, send your MRI via email to stemdoc305@gmail.com

Ten Things You Should Know About Atrial Fibrillation

Call Tom Gerrish when you get a Round Tuit.

Business Protocols for Returning to Work 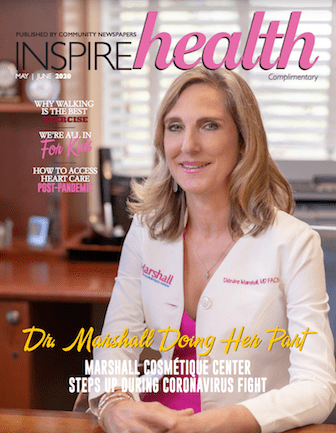