Marijuana use among middle and high school students is up while their perceptions of the drug’s potential harms dropped, according to the recently released Monitoring the Future survey, an annual survey of eighth, 10th, and 12th-graders conducted by researchers at the University of Michigan.

The survey was carried out in classrooms around the country earlier in the year under a grant from the National Institute on Drug Abuse (NIDA), part of the National Institutes of Health. The 2012 results show that one in every 15 high school seniors (or 6.5 percent) smoke marijuana daily, up from 5.1 percent five years ago. The 2012 Florida Youth Substance Abuse Surveillance also shows a steep increase in marijuana use among Miami-Dade County’s middle and high school students.

“More of our kids are trying and using marijuana because they mistakenly believe it’s not harmful,” said Margaret Sotham, director of the South Miami Drug-Free Coalition. “The fact is marijuana use has serious, long-term consequences that include harm to brain development, an increased risk of car crashes, decreases in IQ, links to mental illness and a greater chance for addiction. These are very real threats to the health and well-being of our children and young adults.”

Decreases in perception of harm typically precede increases in use, exactly the scenario the South Miami Drug-Free Coalition is working to avert. “Marijuana use hinders our kids’ potential to achieve and excel in school and in their careers. We can’t afford to let misperception and misinformation threaten their future.” 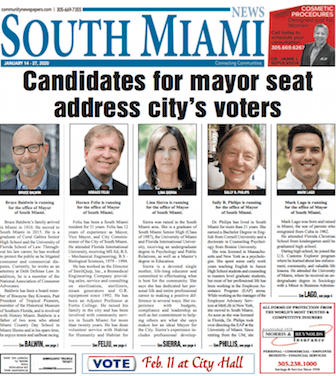