As Hurrivac computer images of Category 3 Hurricane Suzanne got closer to South Florida’s coast, Mayors Paul Zaraliy and Rene Dalamar were barking orders to their fellow South Miami Middle Community School students over the telephone. While student meteorologists provided storm briefings to student reporters, a fire in a shelter needed to be extinguished and 1,000 people relocated to other shelters in the area.

The Zaraliy – Dalamar duo’s responsibility was to coordinate Emergency Support Functions (ESF in emergency management parlance) managed by their classmates (firefighting, transportation, law enforcement, search and rescue, medical assistance, hazardous materials, animal services and mass care, to name a few) to tend to the injured and ensure that the dispossessed people were properly relocated to other shelters and safe from the approaching storm. “Put the fire out first,” ordered Dalamar to Cody Kilcoyne, firefighters team leader. “Start removing the people,” he directed Transportation team leader Olivia Martinez.

As soon as the problem was resolved, an overturned truck on a major evacuation route left thousands of motorists stranded. Gas from the truck was spilling all over the road; people were overheated and thirsty; and several fights erupted due to short tempers. To make things worse, pets were escaping. Again, the Mayors had to depend on their ESFs to resolve this perilous situation and reporters to alert motorists to avoid this route out of town. “We need to get water out to these people as soon as possible, contain the spill and remove the truck from the roadway,” Zaraliy demanded. “Get Resource Management, Hazardous Materials, Law Enforcement and Mass Care on the phone. We need to move fast.”

After Suzanne’s passage, they faced equally challenging emergencies such as several hundred senior citizens stranded on an island by a washed-out Intracoastal bridge. ”We’ve sent boats, helicopters and anything we can,” said Mayor Dalamar. In the meantime, the local Zoo has taken a terrible toll from the hurricane. There is massive flooding leaving people and animals stranded. Numerous animals are missing and need to be captured. It has been reported that a lion mauled a resident in a nearby neighborhood and an elephant is roaming through another neighborhood. Animal rescue Team Leader Laurelis Correa went to work. There has been a fuel spill from a large gas tank on the property and several animals and zoo workers have been injured.

“We acted quickly and got the job done,” added Zaraliy proudly.

Sixty-five students spent a morning at the Miami-Dade County Emergency Operations Center on September 18, 2014 participating in a special hurricane preparedness exercise sponsored StormZone, where they planned for and recovered from Hurricane Suzanne.

According to Bay Proby, StormZone founding director, StormZone is a school based multidisciplinary science and social studies education program that teaches students about the science of severe natural hazards – hurricanes, tornadoes, floods and flash floods, severe winter weather, extreme heat, wildfires, and earthquakes – and how emergency management agencies work with federal, state and local governments to prepare for and recover from such disasters.

“Like the South Miami Middle Community School experience, the program provides an interactive exercise where students plan for and recover from a major weather event or earthquake. This is an emergency preparedness simulation program for the classroom that lets students form their own local government, learn the organizing principles used by emergency managers, make the decisions necessary to respond to a disaster in their community and create and coordinate a disaster recovery plan,” Proby said.

Moreover, students learn, first-hand, the importance of preparedness. Through their StormZone experience, they take home to their families’ vital information that will help them become “disaster prepared.” From the classroom, these weather emergency preparedness simulations can be re-enacted at city and county Emergency Operations Centers or at a school facility such as a gymnasium or cafeteria.

At the conclusion of the exercise, student mayors Zaraliy and Dalamar conducted a press conference in the EOC’s Media Center to inform student reporters on preparedness measures that were taken prior to the storm and recovery efforts after its passage. “There were numerous injuries but no lives were lost,” said Dalamar with a smile.

In addition to supplementary science curriculum and the interactive exercise, StormZone also teaches students about safety and preparedness, including a disaster survival kit (including pets) and a family communication plan to share with their families. The program also offers students and their families information about how to become a Red Cross volunteer where theyreceive training in disaster service, shelter management and mass care (food and water).

“In any conversation, the most talked-about topic is weather, whether it is local, national or even international,” said Proby, who founded the program in 2006 in Miami, Florida. “Unfortunately, every year thousands of Americans find themselves in harm’s way from weather disasters. No one is exempt. That’s why students need to know about the most dangerous weather threats and actions to protect property and, in some extraordinary occasions, save lives. That’s what StormZone provides.”

All of the StormZone teaching materials are available at no cost to educators, emergency managers and the public at large. “To help support the program’s outreach operations, voluntary donations are welcome,” Proby added.

To learn more about StormZone and to download teaching materials, visit www.stormzone.us. 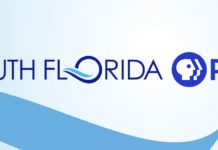 A February of Premieres on South Florida PBS! 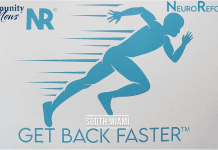