In 2008, the annual Joe Borrell and William “Bill” Parrillo awards were created and presented to Sunny Isles Beach Police officers or employees who demonstrated or possessed the qualities and characteristics worthy of this award recognition.

The “Joe Borrell” Award is presented by Mr. Frank Borrell, a longtime resident of our city, in honor of his father. Joe was an International Boxing champion of 3 countries but the award is made in recognition of his qualities and benevolence beyond his athletic prowess. Work ethic, generosity, compassion and benevolence to the less fortunate are characteristics that determine the recipient of the award. This year’s presentation was given to: Sgt. Mike Mulvey — the head of the Detective Bureau for Sunny Isles Beach Police Department.

The annual William “Bill” Parrillo Award was presented on March 17, 2010 in the offices of United Auto Insurance Group by Mr. Richard Parrillo, Sr. who is the CEO and President of UAIG. In honor of his father “Bill” Parrillo, the award was created to recognize those with qualities of benevolence, compassion community involvement, especially those helping our youth and the less fortunate. The reputation of the Parrillo family is nationally known for their support of major charitable programs and to law enforcement. Their father’s legacy has been carried on and this year’s recipient was:

Captain Dwight Snyder —Snyder was chosen this year due to his unwavering support and participation in numerous local charities from Juvenile Diabetes to Cystic Fibrosis, March of Dimes and the Police Officer Assistance Trust. In one particular stretch alone, Dwight Snyder worked a donation table in the mall, collecting funds for the children of fallen officers who had been killed in the line of duty.

EVERYWEEKEND without fail and those were supposed to be his days off from his regular duty job.

These are the qualities and characteristics that we look for when we consider someone for this prestigious award. Captain Snyder emulates and epitomizes the qualities of Mr. “Bill” Parrillo, who was known as a relentless, hard charging prosecutor but who had compassion and generosity that was unmatched. His son, Mr. Richard Parrillo Sr. certainly emulates his father and would have made him very, very proud. Congratulations Captain Snyder and Thank You Mr. Parrillo for all you do. 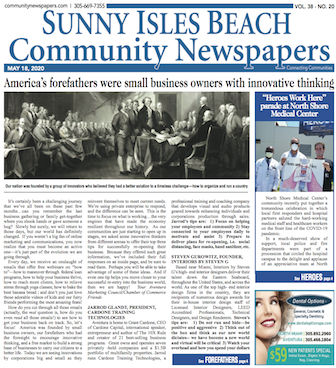