Florida is uniquely important in the presidential race as the largest of the battleground states, constituting more than 10% of the electoral votes needed for victory.  And as Florida goes, so goes the nation.  In the past 23 elections, back to Herbert Hoover, the candidate who has won Florida has won the Presidency in all but two occasions.  This is why candidates for President pay enormous attention to the Sunshine State.

One of those potential candidates is John Hickenlooper of Colorado.  Hickenlooper is beginning to attract the early buzz that shows promise for a national campaign; and for good reason.  Here are five reasons why the two-term Governor of Colorado could be exactly what the Democrats need in 2020:

Hickenlooper is a popular Governor from a swing state.  This is an obvious reason but worth mentioning.  Since the modern era, the Democratic Party has seen its greatest electoral success with nominees who were Governors, from FDR to Clinton.  Governors benefit from the profile of being problem solvers and chief executives; versus the partisan bickering of Congress, which has abysmal approval ratings.  Hickenlooper has demonstrated broad and enduring appeal to Democrats, Republicans and unaffiliated voters.

Hickenlooper is a proven success in economic leadership, with the top state economy in the nation, and a progressive on social issues.   The two sides of the Democratic Party often at odds with itself are bread and butter, pocketbook issues and a left-leaning social agenda.  Hickenlooper encompasses both sides quite authentically and skillfully.  He is the right candidate at a time when Democrats face a terrific opportunity (high levels of voter enthusiasm) but also a serious challenge (risk of a rift that could divide the party as self-destructively as 1972).

Hickenlooper is tough and smart. The most successful candidates and Presidents are nimble in their leadership – with a pleasant exterior and tough-as-nails interior.  See Hickenlooper at a public event or in his campaign ads, he is likeable and engaging. Encounter him in his office, and he’s decisive and incisive.  That’s proven to be the right combination for both getting elected and leading. Think FDR (again), who combined personal charm with formidable political and decision-making skills.

Hickenlooper is a highly gifted politician, ready for prime time. He is a banjo-playing, geologist-turned-brew pub entrepreneur, policy wonk, and tireless extrovert with preternatural gifts of charm.  He ran for Mayor of Denver as a political novice, defeating several formidable opponents by a wide margin. Following a successful seven years in City Hall, he became the first Mayor of Denver elected Governor of Colorado in more than 150 years.  His track record as Governor is also widely recognized as a success. He has demonstrated the capacity to win over both progressive and centrist Democrats, independents, and a significant number of Republicans.

Hickenlooper possesses just the right qualities to take on Donald Trump.  The President has proven himself a skillful streetfighter.  Those who have tried to match him punch-for-punch, both during the campaign and during his presidency, have found themselves on the losing side.  Trump is a brawler, while Hickenlooper is a supremely talented practitioner of political jujitsu who will turn Trump’s bullying and blunt force against him.  Also, Hickenlooper’s Reagan-like optimism will be for many voters an appealing contrast to Trump’s fear-based politics.

Hickenlooper’s background as a geologist also is another perfect differentiator for the times.  Climate change is increasingly a concern for Democrats, moderate Republicans and independents. And it has emerged as an important issue for galvanizing millennial voters.  While most politicians can only engage on this subject on a surface level, referring generally to the “opinion of most scientists,” Hickenlooper as a trained geologist can discuss climate change with more depth and substance

By one traditional metric, Hickenlooper is at a disadvantage.  He hasn’t (yet) amassed the campaign war chests of the so-called “top-tier” Democratic presidential hopefuls.  But social media has changed the rules; now campaigns can go viral with the right candidate.  And Hickenlooper combines a mediagenic style with a successful career as an entrepreneur and two-term Governor.

In looking for the next presidential nominee of the Democratic Party, voters would be well-advised to set their gaze beyond both coasts to the cathedral mountains and silver clouds of the Rocky Mountain West.

Shepard Nevel is an entrepreneur, and a former nonprofit CEO and senior policy advisor to the Mayor of Denver. A third-generation Floridian, he currently lives in Colorado. 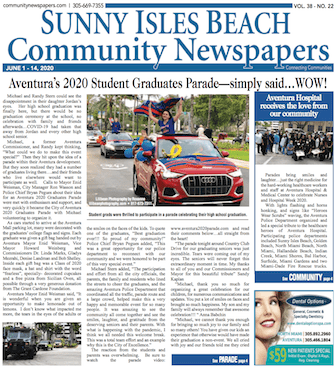