Sunny Isles Beach Mayor George “Bud” Scholl ran in 2014 on a platform that he would stand against high density development on the west side of Collins Avenue.  Now that he’s been re-elected, he’s lying down on his promises.  Or maybe he was lying all along.

Mayor Scholl was fresh off a vacation in Sicily when he breezed back into town with an idea that was so crazy it just might have worked. That is, until people found out about it.

On July 18th, over 300 residents crammed into City Hall in reaction to a plan that Scholl was backing to allow the construction of more than 9,000 residential units and hotel rooms on the west side of Collins Avenue between 172nd Street and Sunny Isles Beach Boulevard.

Residents were angry over the dismissive attitude of the Mayor and his few remaining supporters.  “Mayor Scholl, you promised us that you would not support hi-rise buildings on the west side of Collins Avenue when you ran for Mayor in 2014,” said one resident during the public hearing.

Scholl tried to ram the plan through the City Commission which would see the town’s population surge by more than 11,000 during the winter season. Commissioner Dana Goldman voted against the plan, which would be a death blow to the quality of life on this small barrier island.

Commissioner Alex Lama and Vice Mayor Larisa Svechin, who were rumored to be supporters of the Mayor’s plan, decided to vote for a deferral because the heat from the angry residents was too much and they probably knew voting for this plan would hurt their political future.  In the end, the Commission voted to defer the matter to a later meeting.

Ironically, the man who controls 90 percent of the land in the Town Center District spoke out against it. Raanan Katz said, “Absolutely, I do not support this crazy plan by the Mayor.  If anyone was confused about my positions, they are simple: (1) No to the Infinity Project [in Town Center District]; and (2) No to a Plan Amendment to permit the Infinity Project.   I own 90% of the land in the Town Center and I do not want this massive upzoning even though I would financially benefit from the Mayor’s Plan.  The Mayor should go back to Sicily for a long vacation with his plan since he called himself a part-time mayor and residents of the City would be eternally grateful.”

The Mayor scheduled the meeting and the vote for mid-July, a time when many residents schedule out of town vacations, in order to sneak the matter through. Katz and his son, Danny Katz, head of RK Centers, lead the efforts to inform residents of the Mayor’s Plan and to mobilize their opposition.

Danny Katz gave an impassioned speech to the City Commission about maintaining the quality life in the City.  “We all know why we are here.  This is not about protecting residents in the Town Center District.  This is nothing more than effort to approve the Infinity Project that we have continuously opposed from day one.  This is not about correcting the problems with the two existing projects”, said Danny Katz.

Although the vote has been deferred for now, many in attendance were left embittered against their once seemingly progressive Mayor and his tactics.  Many residents complained that the Mayor and the City Manager, Chris Russo, manipulated the flow of people allowed into the Commission chambers, directing opponents to overflow areas, while ushering the Mayor’s supporters inside.

“I was in line before 6 P.M. and was denied entry to the main council meeting room.  I was the first person denied entry at the metal detector.  A police officer came out and said the meeting room was already at capacity.  After he made the announcement another 15 or 20 people were allowed entry as they were friends or associates of people already inside.  The auditorium was either at capacity or it wasn’t.  The city was not prepared for the turnout of the electorate,” said concerned resident Jim Parsons in a letter to the Mayor and City Commissioners.

The upzoning plan is off the table for now, but the matter has only been delayed and not denied.  Commissioners Goldman has made her position clear and has voted no against the Mayor’s plan.   Commissioner Lama and Vice Mayor Larisa Svechin of the City Commission should heed the voices of residents and end this ill-conceived plan if it raises its ugly head again. 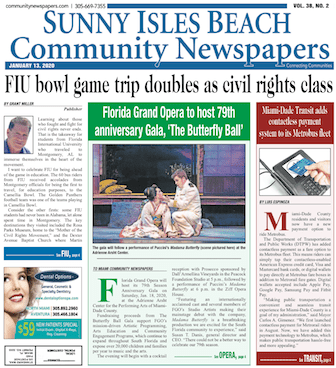 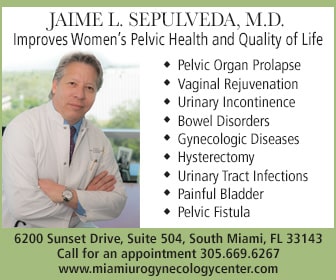 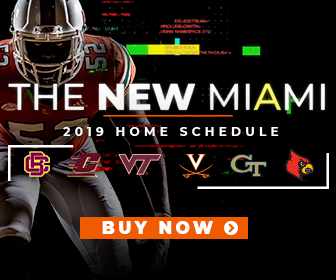