Magnet Schools of America (MSA) announced during the recent 35th National Conference on Magnet Schools in Los Angeles, CA, that Miami-Dade County Public Schools (M-DCPS) was selected as the recipient of the third Donna Grady-Creer District Award for Magnet Sustainability.

This award is MSA’s designation of the highest performing district of the year, exemplifying a commitment to equity, excellence, diversity, as well as highly sustained support for magnet schools.

“A one-size fits all academic design is obsolete and, quite frankly, ineffective,” said Alberto M. Carvalho, Miami-Dade Public Schools superintendent. “In Miami-Dade, we recognize the rich diversity of our student population as well as students’ many interests and career goals. Each year, we aim to provide a variety of choice and school options so that students are able to cultivate an academic program that best fits their interests, skills, and talents.

“The national Magnet Schools of America honor is a testament to the focus of our students, the unparalleled commitment of our teachers and employees, and the vision and leadership of our School Board. The entire Miami-Dade community has reason to celebrate this extraordinary achievement,” Carvalho added.

In 2016, 42 of the district’s magnet schools were recognized as either Magnet Schools of America Schools of Excellence or Distinction.

Last year, the district hosted the national conferences of both the Council of the Great City Schools and MSA. At the latter, Carvalho was named Superintendent of the Year in testament to his leadership in supporting and expanding magnet programs in M-DCPS.

The award is sponsored by MSA board member and first president, Dr. Judith Stein. Donna Grady-Creer was one of the original founders of Magnet Schools of America. She served as president from 2000 to 2002 and continued her service on the board of directors until her passing in 2013.

Walk to End Alzheimer’s set for Nov. 14 with changes 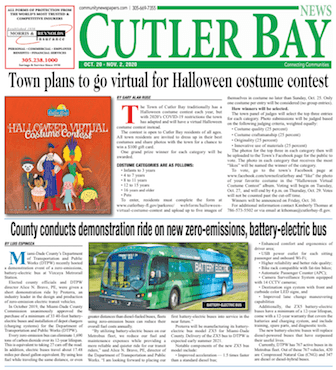